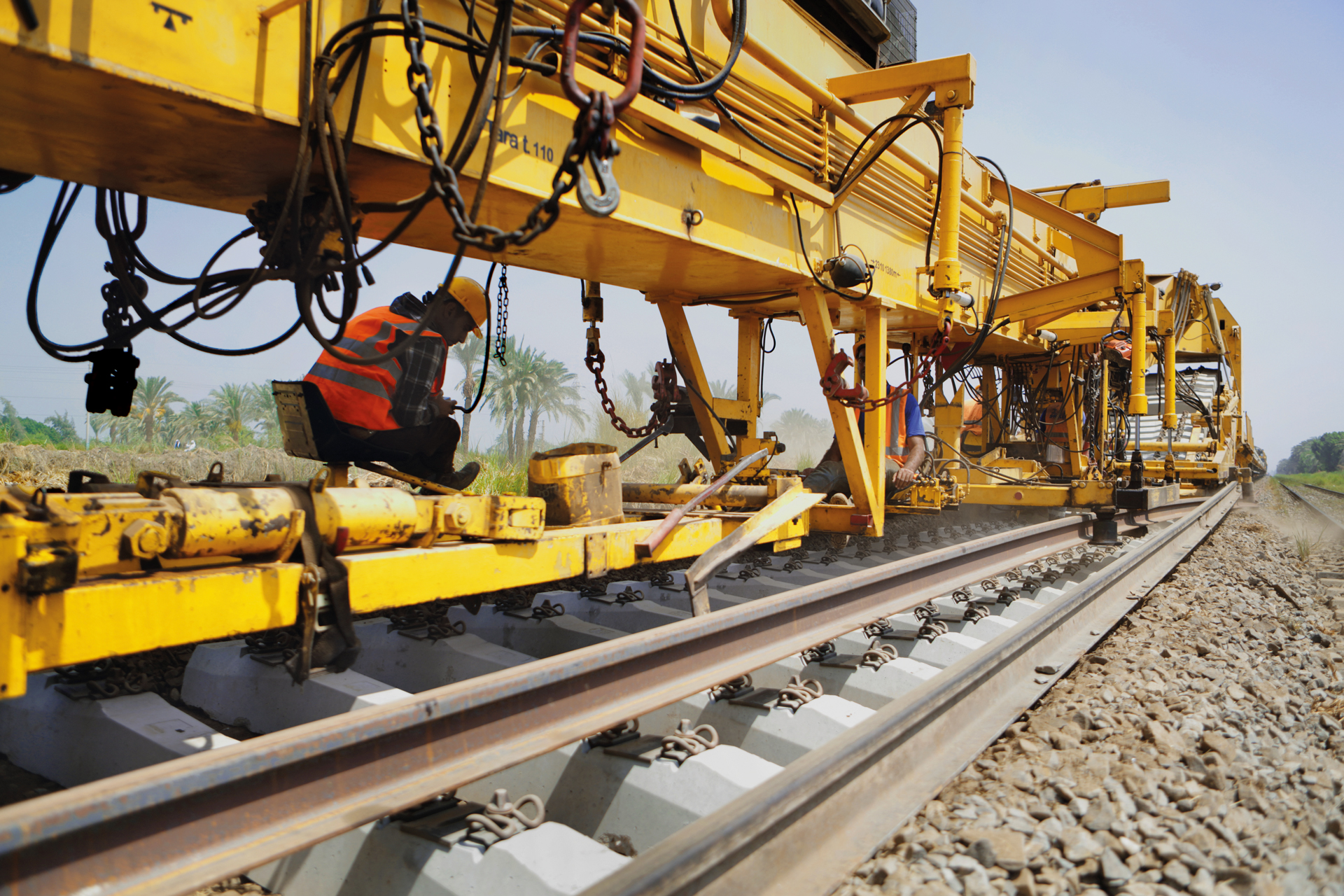 Salcef S.p.A. will carry out renewal works on Egypt’s main freight corridor, the railway line linking the port of Alexandria to the capital, as subcontractor for Rowad Modern Engineering, an Elsewedy Group company. This project is part of a series of works aimed at modernizing the existing rail network, commissioned in 2019 by the Egyptian National Railways.

The operation involves the most important stations in the country (Alexandria, Cairo and Banha), and includes multiple works, with the renewal of 46 km of track and 229 turnouts, and the installation of 33 turnouts and 4,000 glued isolated joints.

Renewal work will be carried out during nighttime track possession. The size and nature of the work makes it particularly complex and it is vital that such a strategically important supply line for the country is reopened to rail traffic promptly.

Salcef was awarded the contract due to its expertise in the railway infrastructure sector and previous successful experience in the country, in particular the 290 km track renewal on the Cairo-Aswan railway line, the oldest ever built in Africa.

Salcef Group companies have been permanently present in Egypt for around ten years, during which time the Group has carried out several projects (with a total value of approximately 70 million euros) and built and managed its first factory of railway sleepers produced in Egypt to European standards.

“This project“, says Valeriano Salciccia, CEO, “is one of the most important in the current Egyptian National Railways’ modernization programme. We are delighted to continue our presence and that of our operating structures in the country, and to confirm our international focus on development strategy“.