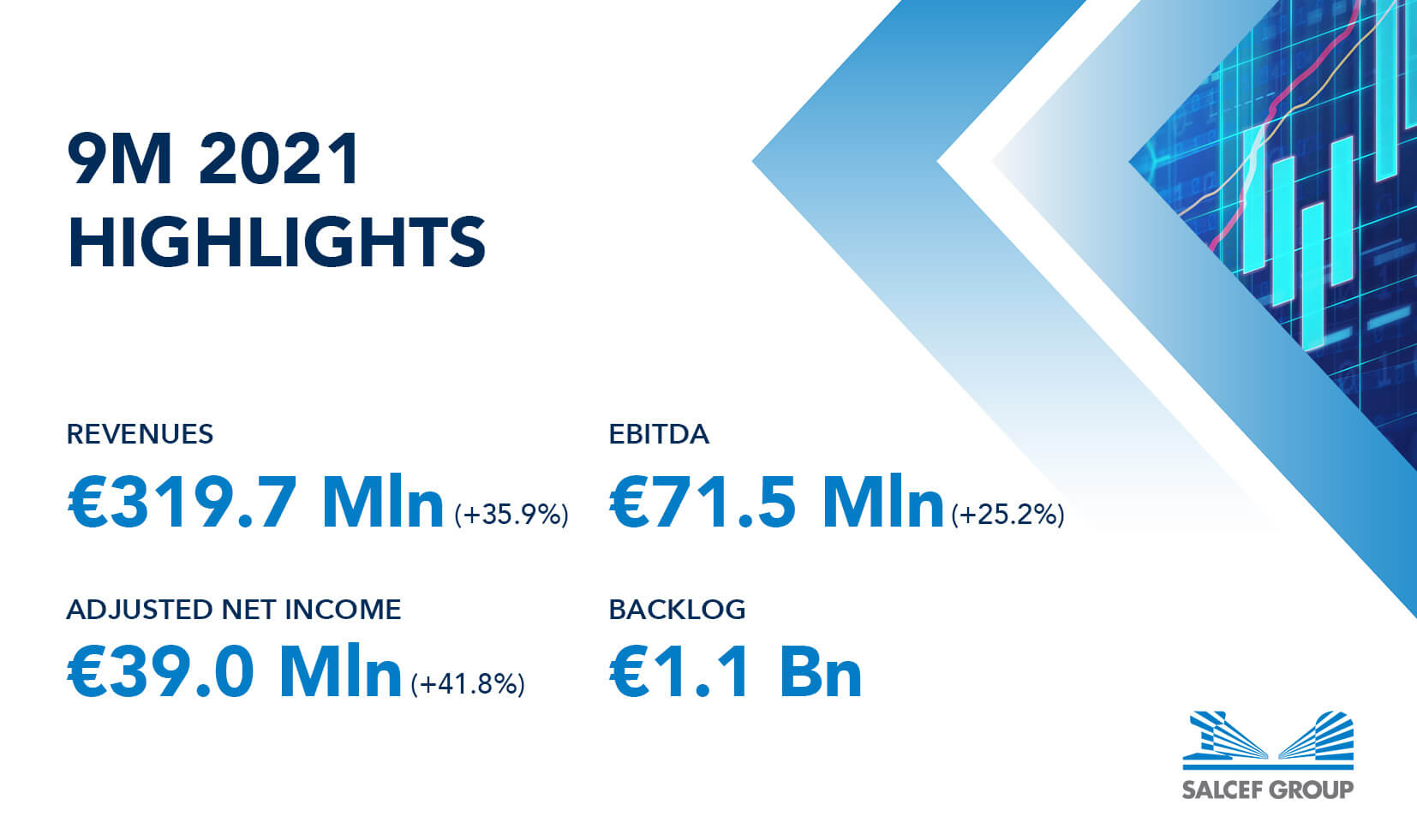 The Group’s solid growth trends are confirmed. Revenues stand at €320 million, with organic growth above 16% and with stable profitability compared to the first half of the year.

Salcef Group S.p.A. Board of Directors have approved the consolidated results for the first nine months of 2021.

Consolidated EBITDA reached €71.5 million, a 25.2% increase on the same period last year. The period closed with an adjusted net profit for the Group of €39.0 million, up 41.8% compared to €27.5 million in the first three quarters of last year. At the end of September, the net financial position was positive for €105.3 million, a significant increase on €20 million at the end of 2020.

From a commercial standpoint, new orders acquired in the third quarter of 2021 have allowed the backlog to remain at over €1.1 billion, in line with the record high recorded as of 30th June 2021.

Valeriano Salciccia, Salcef Group CEO commented:
“The Group continues its development path thanks to a robust organic growth and the consolidation of the subsidiaries acquired in the US and Germany. The very good commercial performance in the third quarter allowed us to keep the backlog in line with the June value, exceeding 1.1 billion euros. Furthermore, the recent news flow on the approval and implementation of public investment plans in railway infrastructure and urban transport in our target markets, namely US and Italy, confirm the positive mid-term outlook for the sector. In this context, with a strategy focused both on investments in innovation and production capacity and on the scouting for potential targets for acquisitions in the most interesting markets, Salcef will consolidate its role as a global player in the execution of sustainable mobility projects, also in the interest of the communities involved”.