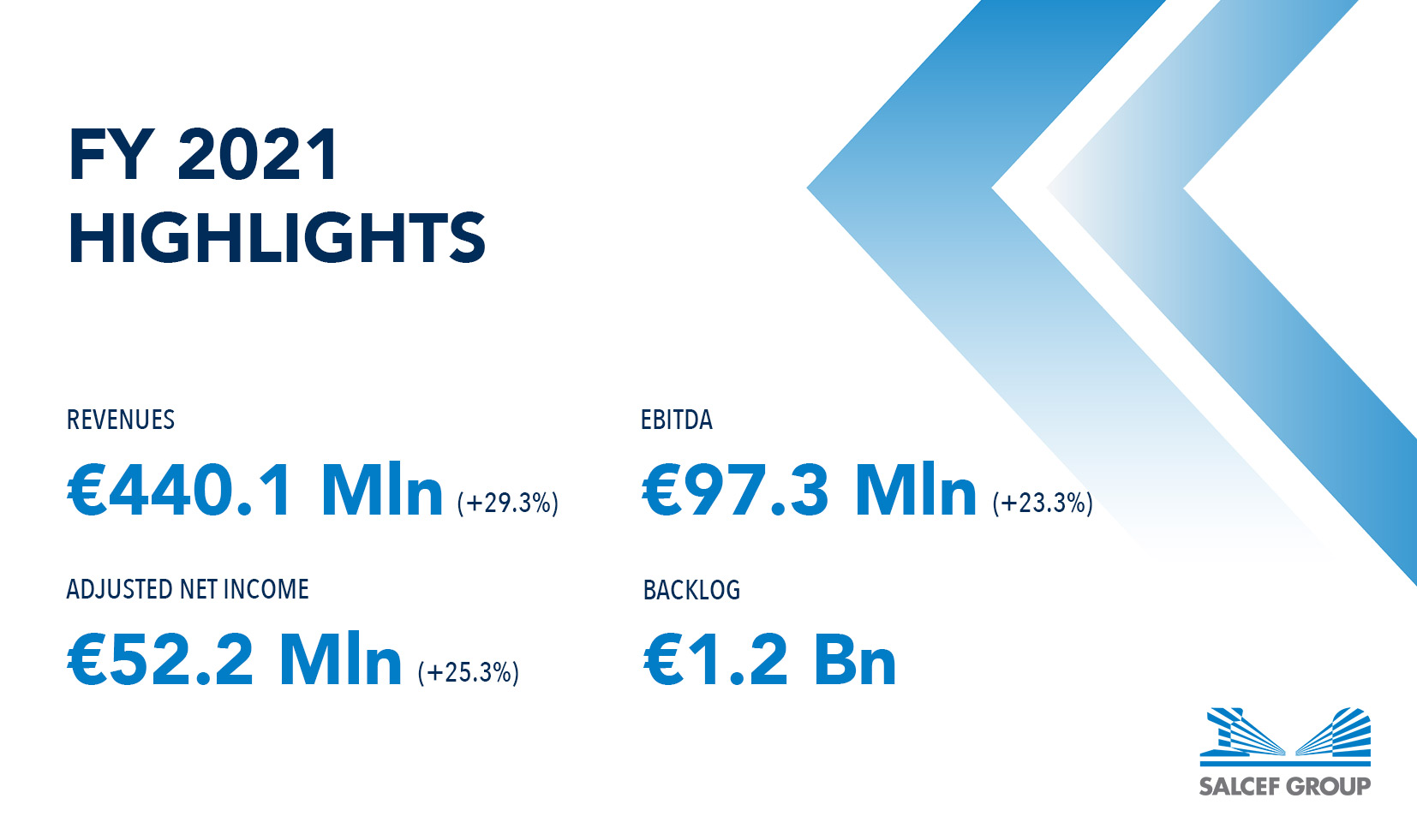 For the first time in its history, the Group exceeded €400 million in revenues and can count on a backlog of €1.2 billion and a positive net financial position of €115 million.

“In a year still strongly affected by the social and economic impact of the pandemic, the Group cemented itself as a healthy, reliable and ambitious company,” commented Gilberto Salciccia, Chairman of the Board of Directors. “The results obtained through the professionalism and dedication of all Group employees have further strengthened our growth, both organically and via external acquisitions. Leveraging the trust that the market has repeatedly placed in our project, we confirm our commitment to becoming an increasingly important global player in sustainable mobility investments”.

“The results approved today show a Group whose revenues exceeded €400 million for the first time in its history, with a €1.2 billion backlog, thanks to contracts worth €1 billion signed in 2021, and with a positive net financial position of €115 million,” commented Valeriano Salciccia, Salcef Group CEO. “This performance is the result of a combination of organic growth in the volumes of all operating business units, underpinned by CAPEX of more than 10% of turnover, and of the constant research and training of specialized personnel, as well as the contribution of new acquisitions. This approach will continue to guide our activities over the coming years and our aim is to capitalize on all opportunities arising from government investment plans to develop railway infrastructure, including through external growth”.

In 2021, consolidated revenue amounted to €440.1 million, up 29.3% on 2020. A robust 18% organic growth was accompanied by the impact of the Group’s new perimeter of consolidation, with a €43.4 million contribution from Delta Railroad Construction Inc. – net of approximately €10.7 million recorded at the end of 2020 – and, to a lesser extent, an €8.5 million contribution from German Bahnbau Nord Group companies. Compared to 2020, all business units significantly increased their volumes of activities. From a geographical standpoint, the consolidation of Delta (North America) and a substantial increase in activities in the Middle East contributed to the growth of overseas revenues, which reached 26.4%.

Consolidated EBITDA was €97.3 million, a 23.3% increase over 2020. With the different revenue mix in the new consolidation perimeter, the EBITDA margin stands at 22.1%.

There has also been solid growth in consolidated EBIT, which reached €68.7 million (+16.9%), despite higher D&A of around €7 million.

From a commercial standpoint, new orders acquired in the fourth quarter of 2021 for approximately €202 million brought the total number of new contracts during the year to a record €1 billion. Therefore, the backlog stands at €1.2 billion, twice the figure at the end of 2020 and higher than the €1.1 billion recorded as of 30th September 2021.

On the basis of the results achieved during the 2021 financial year, the Salcef Group Board of Directors resolved to propose the distribution of an ordinary dividend of €0.46 per share (9.5% higher than that distributed in 2021) at the next Shareholders’ Meeting