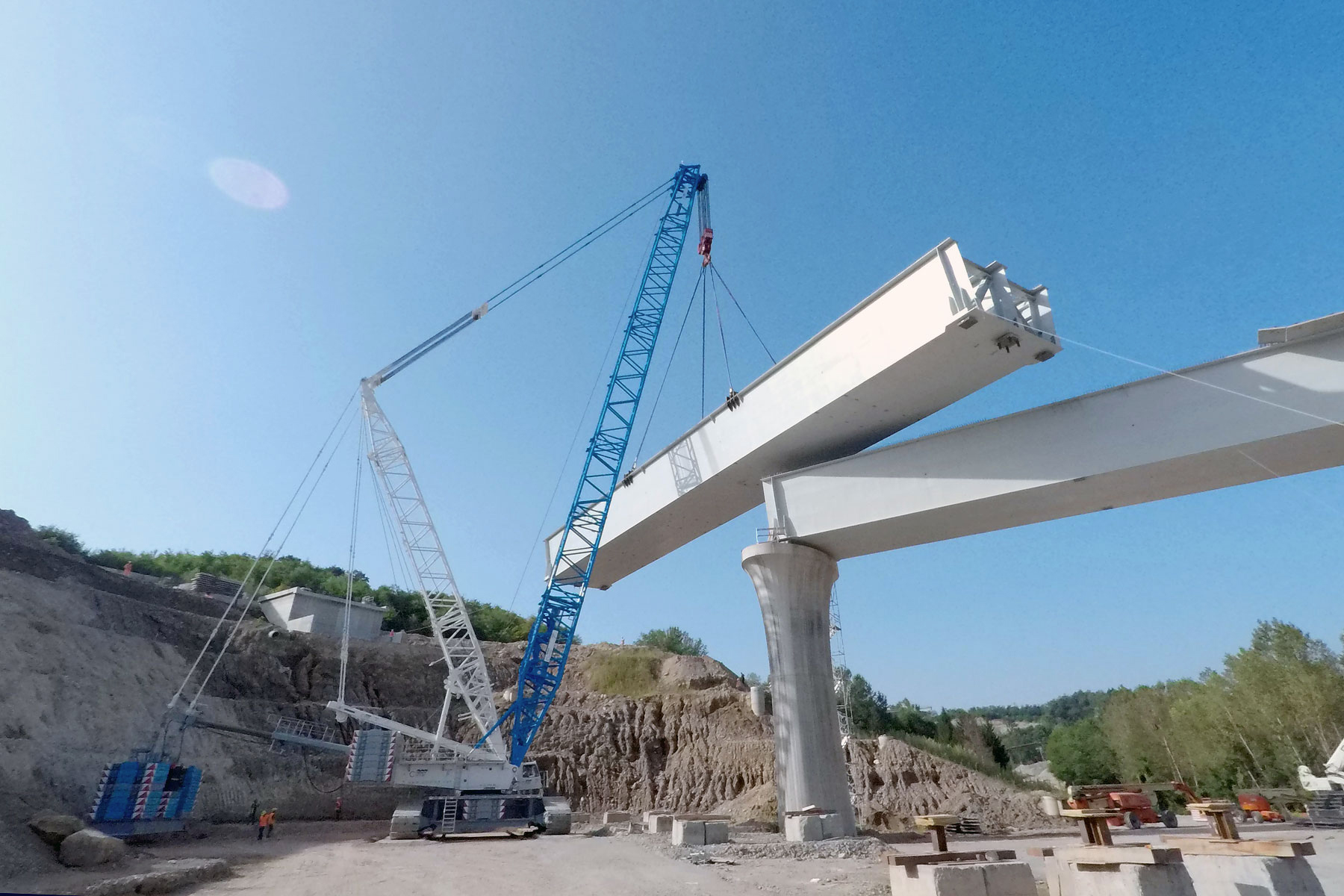 The 27th of August saw the placement of the last of the seven metal girders of the railway viaduct. Each one was positioned in a few hours, with a 1,000-ton crawler crane.

The work for the construction of the new Arcisate-Stabio line is ongoing. The new cross-border railway will connect Southern Switzerland with Malpensa Airport. The Bevera viaduct has recently been completed with the spectacular positioning of gigantic girders.

More than 65 people worked at the Bevera construction site, including Salcef Group technicians and specialized firms (15 for laying and over 50 for viaduct construction). A 1,000-ton crawler crane equipped with a jib boom approximately 63 meters high was used to lift and lay the girders. This reduced working time and it took just a couple of hours to position each single girder, weighing around 400 tons, with a span of 60 metres.

The 438 metre-long viaduct is made of steel and reinforced concrete and weighs 4,900 tonnes. It has seven metal box girders laid on two abutments and six piers of varying height from 12 to 21 metres.

The viaduct has a slope of 2.2% and crosses the Bevera River, connecting the railway embankment to the new tunnel.