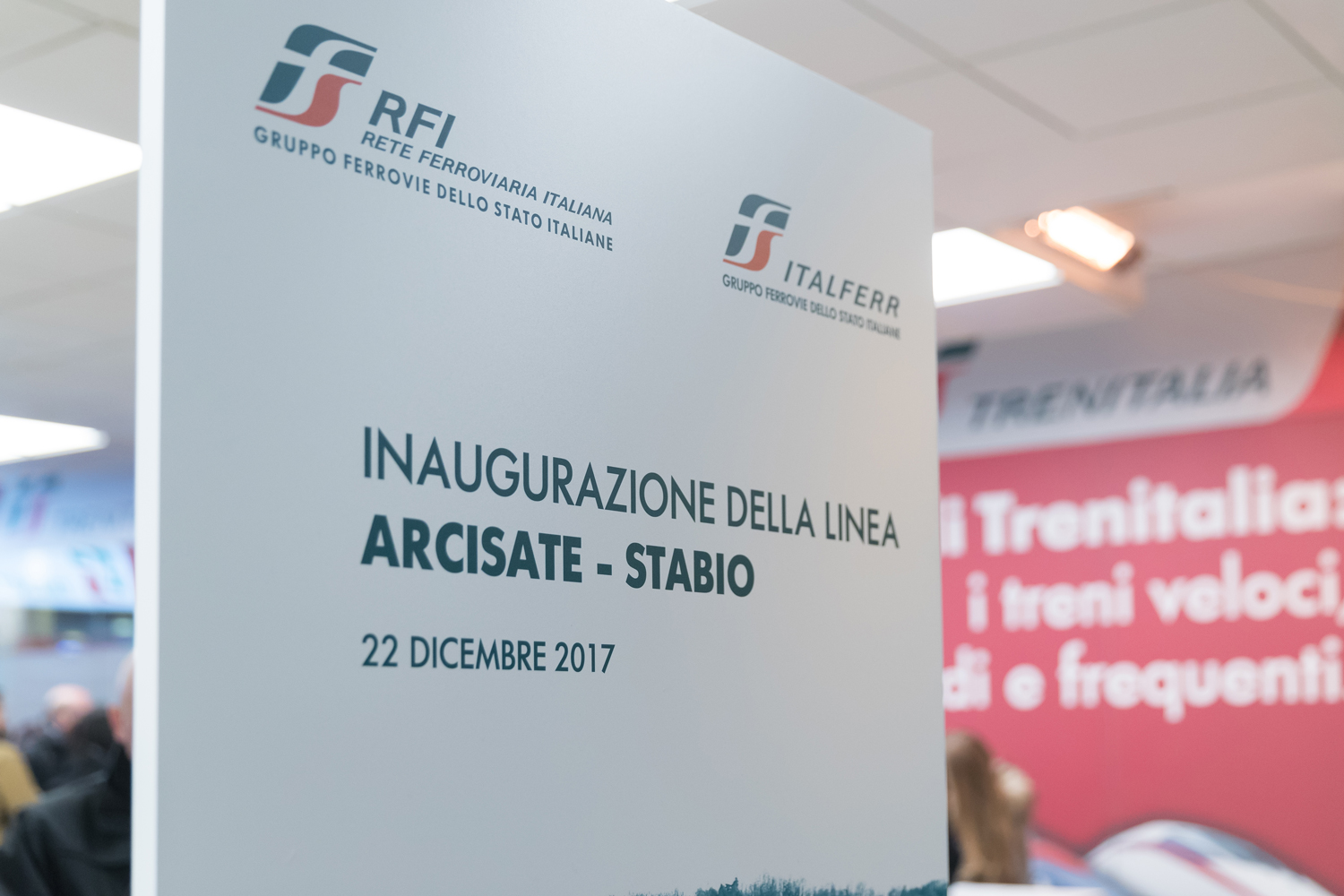 The opening ceremony of the Arcisate-Stabio line, a new infrastructure dedicated to passenger transport that directly connects Italy and Switzerland, took place on December 22nd.

After two years of work characterised by numerous technical challenges, the Arcisate-Stabio railway line is now complete. The new infrastructure constructed by Salcef is the result of an investment of over 260 million euros. The endeavour is the first cross-border crossing without a border station and it represents a fundamental step in boosting transport between Lugano and Milan.

Some of the most important representatives of the institutions involved were present at the inauguration on 22nd December: the Minister for Infrastructure and Transport Graziano Delrio, the President of the Swiss Confederation Doris Leuthard, the President of the Lombardy Region Roberto Maroni, and Maurizio Gentile, CEO and General Manager of the Italian Railway Network (RFI).

The satisfaction shown was unanimous: Mr. Gentile recalled that a cross-border line had not been built between the two countries for over a century and added that it is a strategic work that creates a “true European connection”. President Maroni underlined the importance that the new infrastructure will have for the life of citizens, who commute every day for work, commenting: “Today Lombardy, Italy, and Switzerland are even closer”.

Minister Delrio thanked all the personnel involved in the project, from the workers to the engineers who worked in particularly difficult conditions and to RFI who participated with important investments. From 2014 to 2017, Italy allocated approximately 30 billion euros more to the railway sector – as the Minister explained – by promoting a model of sustainable transport development.

These concepts were shared by the Swiss Minister, who stressed how important it is for the economic growth of the two neighbouring regions, Lombardy and Ticino, to be supported by fast, efficient infrastructures with low environmental impact.

The new Arcisate-Stabio line is a highly integrated project that includes the construction of many civil works alongside the construction of the entire railway infrastructure, from the track to the electrification of the line. The work is an example of the Salcef Group’s ability to offer a global service, based on the experience and skills acquired in its activities in Italy and abroad.

Work began in 2009 but was suspended for a long time. The turning point came in July 2015, when RFI entrusted the works to Salcef as the new contracting company.

During maximum work intensity around 350 people worked on the construction site, together with a hundred RFI technicians. The Group’s role was decisive in achieving the aims set by RFI, and in unlocking a stalemate that had disrupted the entire community affected by the railway work.

The Arcisate-Stabio line has been created by overcoming many unforeseen and technical difficulties, also due to the particular morphological characteristics of the terrain. The various successes that have led to the completion of the work depended on both Salcef’s technical skills and the excellent teamwork of all the personnel: the workers employed in production and the ITALFERR and RFI staff.

Characteristics of the work

The Arcisate-Stabio line is the first cross-border crossing point that connects Italy and Switzerland without border stations. The direct passage is made possible by an innovative system of dynamic transition that allows a safe “running” passage from the Italian railway network to the Swiss one, and vice versa.

Throughout the first section, up to the Bevera junction for Porto Ceresio, the existing line has been doubled. The second section was newly built with a double-track.
The entire line is powered by 3 kV DC up to the state border, where there is a change of voltage to the 15 kV AC used on the Swiss railway network.

In addition to the infrastructures, three new stations have been built: Induno Olona, Arcisate and Cantello Gaggiolo.