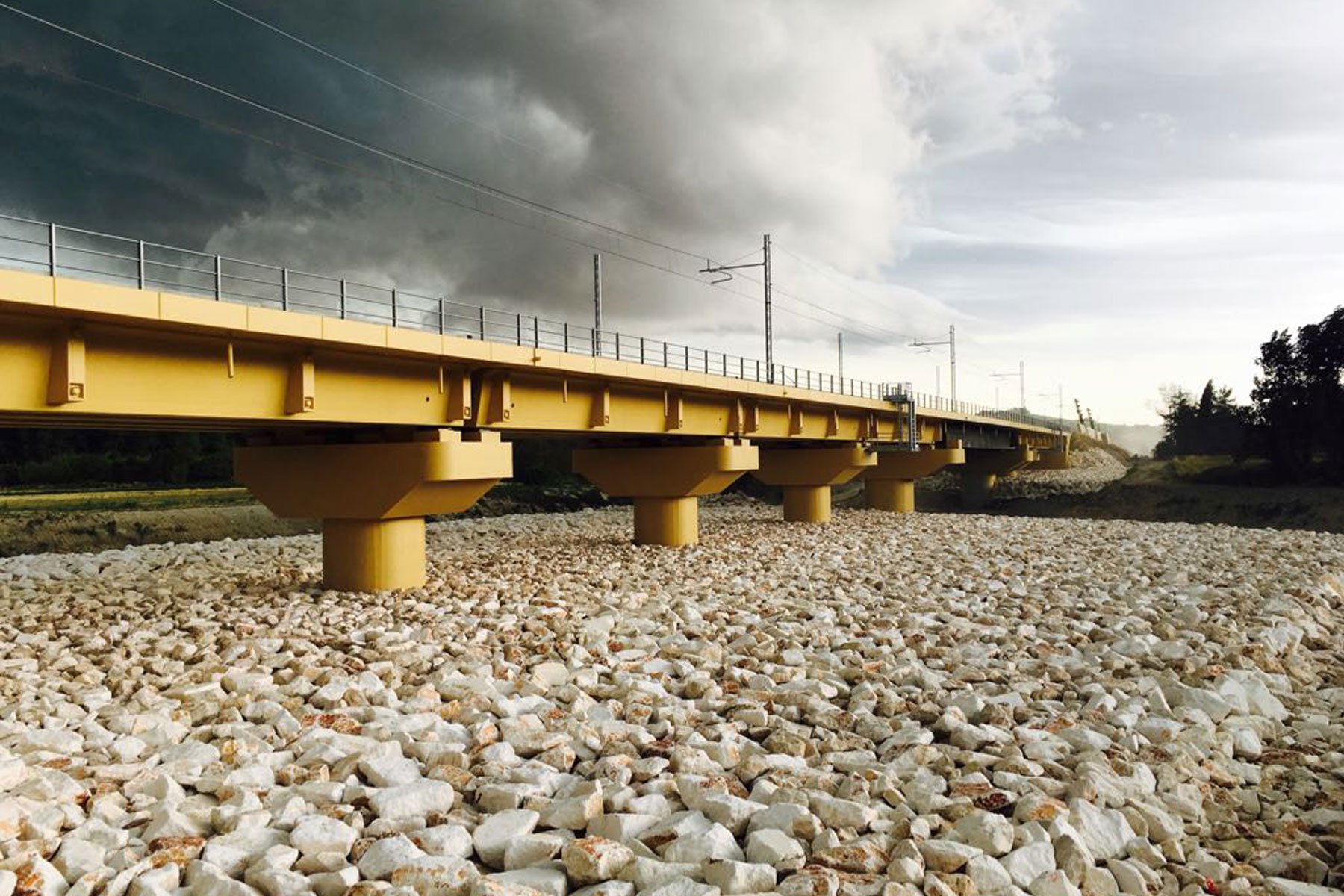 Salcef completes the first phase of the double rail track linking Ancona and Rome and opens part of the new Castelplanio station.

On 9 July, the new track between Castelplanio and Montecarotto stations opened on one of the most important lines of the Marche Region, connecting Ancona and Rome.

The track works, approximately 6,200 m in length, are the first part of the line-doubling project, an important investment in the Region’s internal and external mobility, with a particular focus on the environment.

Work at the construction site, which began in February 2002, has long remained at an impasse, until October 2015 when Salcef officially took over as sole executor and completed the first phase of the project in just 21 months.

The new track develops partially alongside the existing line, partly following a planimetric variation that crosses the Esino River at two points, over two new railway viaducts (161 and 185 m long respectively).  Both infrastructures are made of prestressed concrete and mixed steel-concrete girders.

Salcef also carried out hydraulic protection work as part of the project. As well as protection works at the viaduct abutments and piers, a 300 m bulkhead with a reinforced edge of riprap revetment was constructed to protect the railway embankment.

The project also had a strong focus on environmental sustainability and efficient mobility. Other work carried out by Salcef in the area included the installation of 2,900 m of noise barriers mounted on approximately 900 continuous flight auger piles (ø 600 mm, Trelicon technology). In addition, Salcef is building 10 underpasses, some already open to traffic and others still in the completion phase.

The commissioning of the new eastbound track also saw the opening of part of the new Castelplanio station, built to meet all modern, functional requirements, in particular, making the structure suitable for the mobility of the differently-abled.