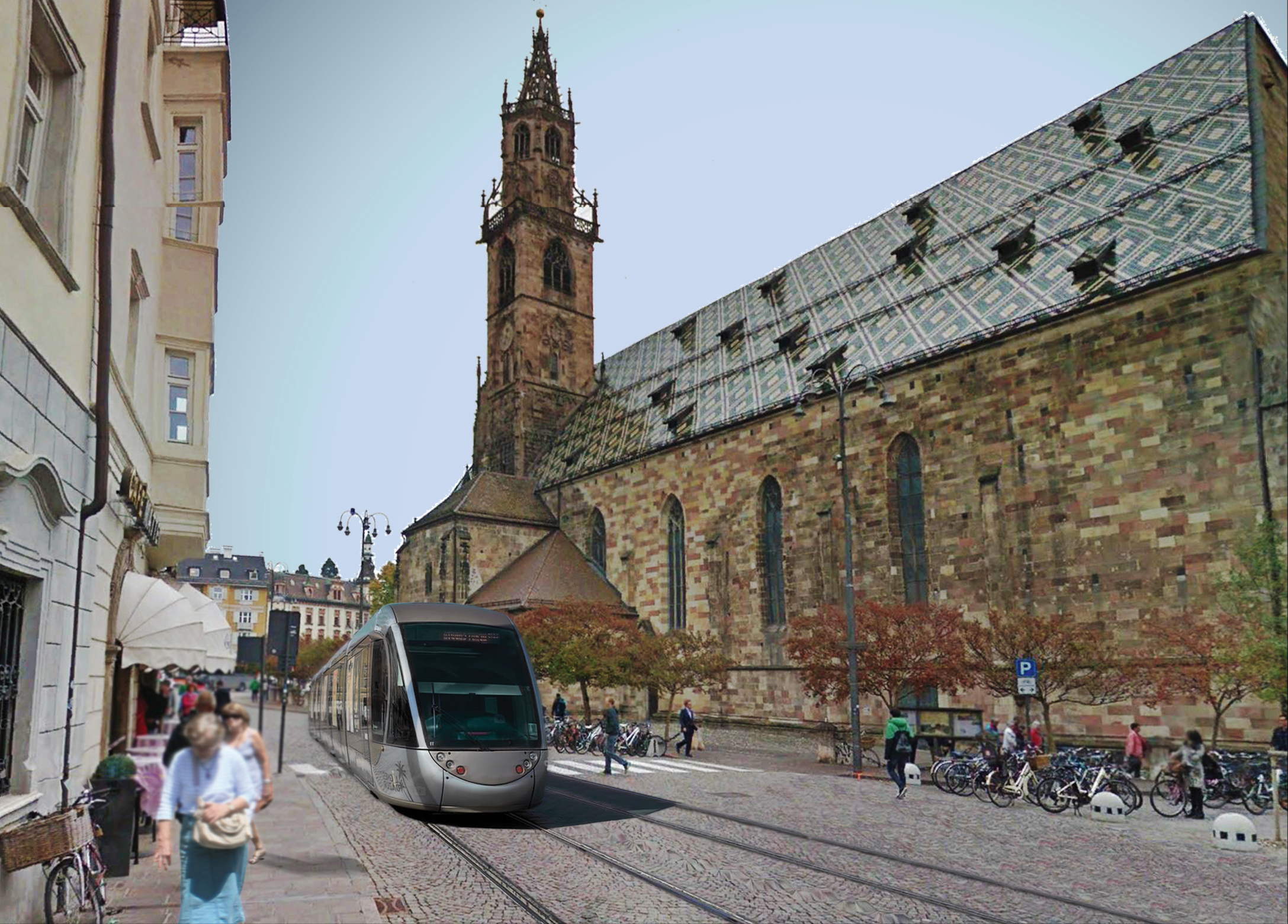 A group of private companies led by Salcef has formally submitted a public-private partnership proposal to build a new tramway in the city to the municipal administration and the Province of Bolzano.

The joint venture includes the Salcef Group (mandatary and responsible for civil works, electrification and track works), RATP DEV Italia, a company of the French RATP group (responsible for the operation of the lines), the Spanish CAF company (responsible for supplying the rolling stock and signalling system) and the Architecna design company.

The proposal involves building two lines on a slab track system. The lines are designed to be powered partly by a traditional contact line and partly by battery-powered trams, in order to reduce the aesthetic impact on Bolzano’s historic city centre.