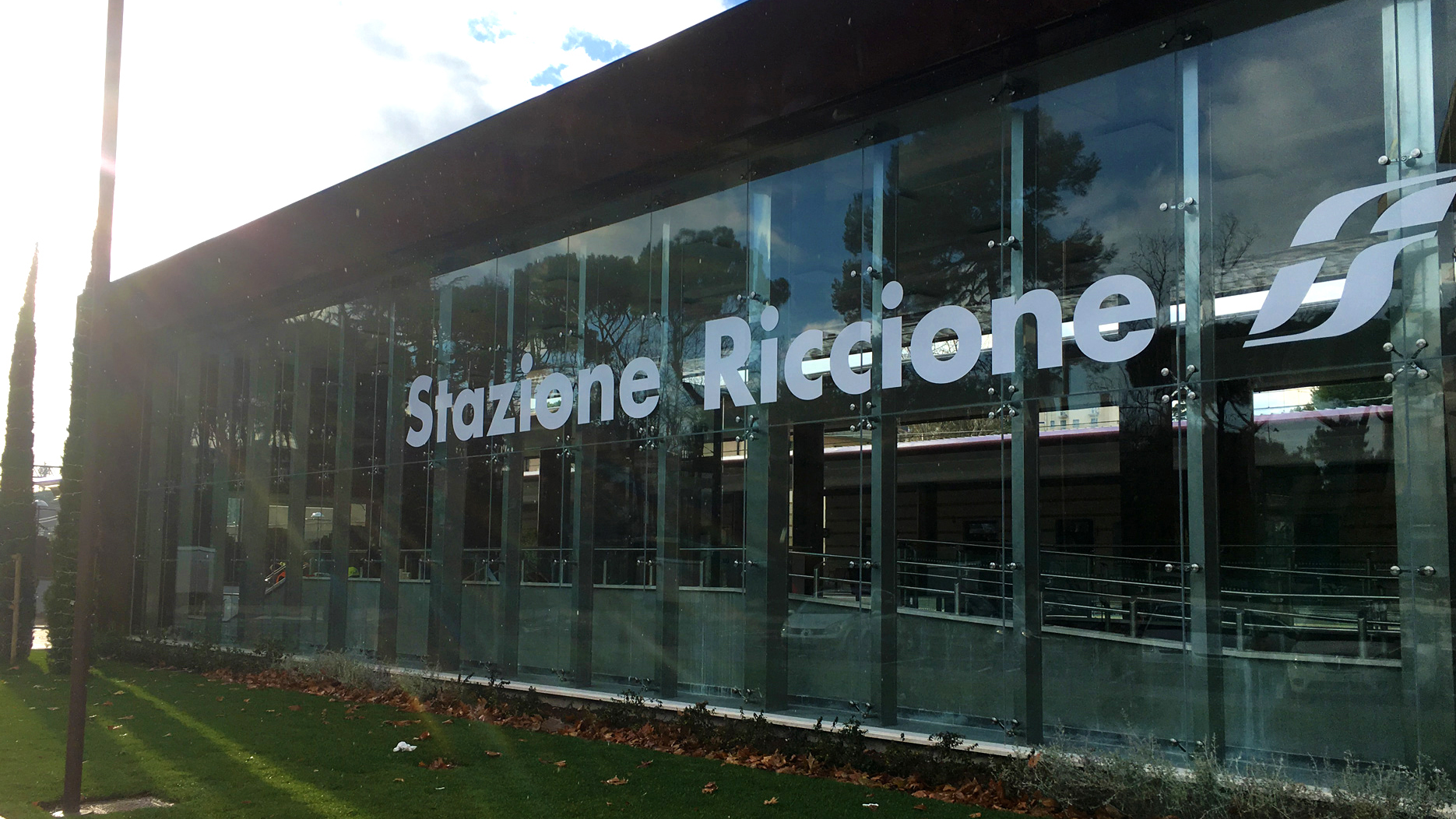 The infrastructural and technological upgrading of the railway station in the coastal town of Riccione has recently been completed. The work is part of a wider plan to improve the route that links the north and south of Italy along the Adriatic coast.

The work carried out by Salcef in Riccione railway station will lead to greater accessibility and increased comfort and safety. The Group completed the work in December, adjusting the entry track layout, making numerous technological improvements and removing architectural barriers.

Salcef was not only responsible for the execution but also oversaw the final design through RECO, a Group company specializing in design and engineering services.

In particular, the work involved building a new entrance hall to the ‘sea side’ station, the construction of new station canopies and the complete demolition and reconstruction of the platforms.

The new atrium is a mixed steel and glass structure: the rainscreen cladding and the whole enclosure are made of COR-TEN steel, a material particularly resistant to corrosion and traction.

The new station canopies are equipped with low-consumption LED lighting, made up of COR-TEN steel pillars and covered with AlucoBond® panelled false ceilings.

The new platforms have been extended (to 402 m), widened (from 5 to 8 meters) and raised (55 cm as per European standard), to make entering and exiting train carriages easier for passengers.

In addition to the platform alterations, tactile routes were created for the visually impaired and two new panoramic steel and glass lifts were built to make the structure accessible for the differently-abled.

As well as structural works, Salcef also carried out work on the overhead power line and on technological and signalling systems.

These infrastructure and technology upgrades are part of a broader renewal plan for the Adriatic Bologna-Bari/Lecce route. The aim is to increase travel speed up to 200 km/h and to manage higher traffic volumes.