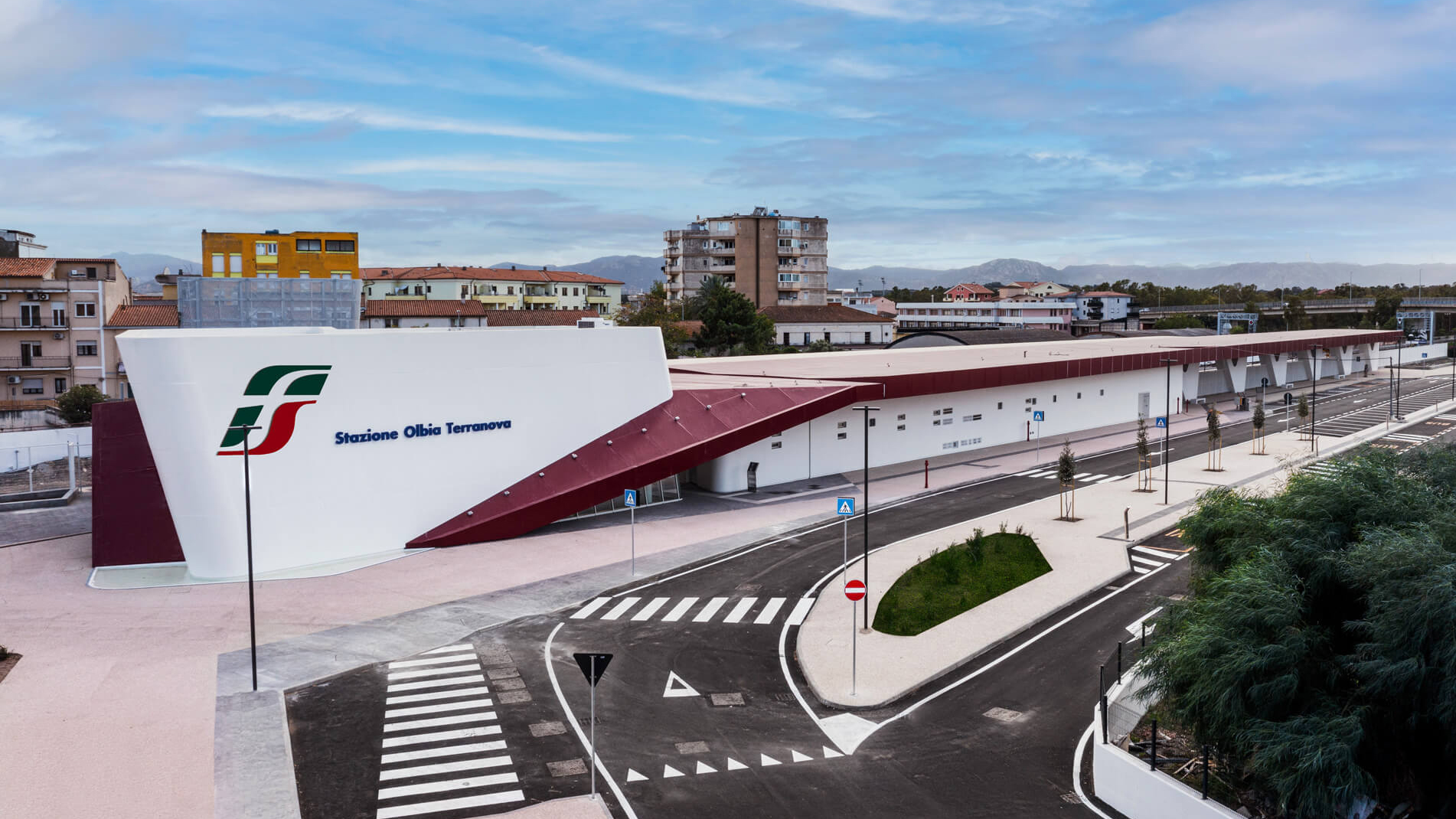 Work on the new Olbia station, a modern, high-tech structure built by Salcef for the RFI has finished.

The station is located on a new site at the centre of an intermodal system for rail and road transport, designed to reduce city traffic. The project is part of a larger programme of land redevelopment to return the railway to the city and make it an integral part of the urban landscape.

The main element of the new station, part of the railway line that crosses Sardinia, linking Golfo Aranci to Cagliari, is a modern building that combines dynamic forms with transparency and innovative material. The station has various buildings with over 9,000 m2 of GRFC siding. It also has 200 m-long platforms and a large 5,000 m2 station forecourt.

Work began in late 2018 and was completed on time, despite an interruption due to Covid 19. The Salcef Group was responsible for all work phases, from land reclamation at the site to building the reinforced concrete structures, completion work and urbanizing the surrounding area, as well as outfitting the trackwork.

The event was also attended by CEO Valeriano Salciccia and Gilberto Salciccia, President of the Salcef Group.